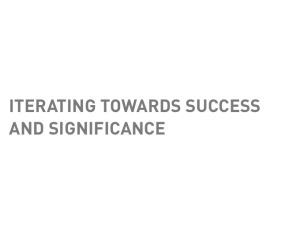 With an increasing number of top ranking universities not requiring incoming students to submit SAT scores, is it plausible that we will see an increase in minority students applying to higher education institutions.

I was a student who worked hard and performed well in class but not on standardized tests.  Applying to an undergraduate university with an open admittance policy ensured that I would attend college. I entered college during a time when standardized tests were a key factor in determining admission, particularly the caliber of university you attended.  A period when it was almost frowned upon if you enrolled at a university that did not require an ACT or SAT Test score for admission.

In the 21st century, with the increase of on-line colleges and popularity among community colleges, it appears that the automatic favor shown towards competitive institutions is decreasing.

These developments have caused many colleges to adjust admission requirements to one or a combination of ACT, AP, IB or SAT subject tests and some have elected to become test-optional institutions altogether.  In doing so, institutions that have historically experienced small enrollments of minority students are starting to experience increases with such groups.  It will be interesting to see if these same institutions later report decreases in graduation rates as a result of these changes.

From my personal experience with achievement at the undergraduate and graduate level, I conclude that a student’s high school grade point average is as good an indicator as any in determining a student’s capacity to perform at the collegiate level.

Previous StoryCSTEMbreak, Social Network For Teachers and Students is On The Rise
Next StoryCelebrating Women Role Models in STEM